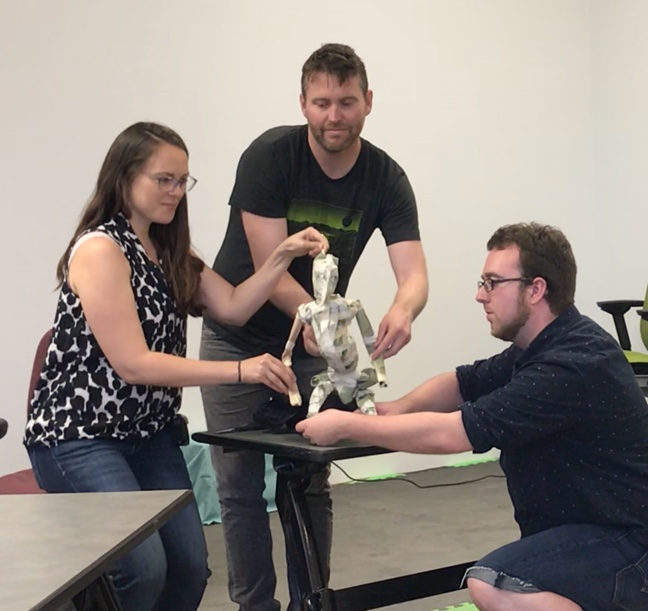 on Thursday May 2 we had a wonderful Bunraku style puppet workshop led by Mike Chin. I’m still gathering documentation on it. There were nine in attendance. And we learned to build puppets, practiced breathing, loosening movement exercises, and feeling our weight. And then three humans at a time, we experimented with moving, breathing and becoming a puppet. It was a pleasantly uncanny experience! We also discussed what we noticed: breathing, jerkiness, and arm muscle tension all experientially and observationally correlated with being together and not. The process of three improvising as one was really fascinating, especially as it often happened in waves as one person (usually the head but not always) offered a motion that would be accepted by the others who sometimes were already agreeing. We didn’t have enough time, but it would definitely lend itself to the video playback debriefing strategy.

Here are some pictures. Videos to come!