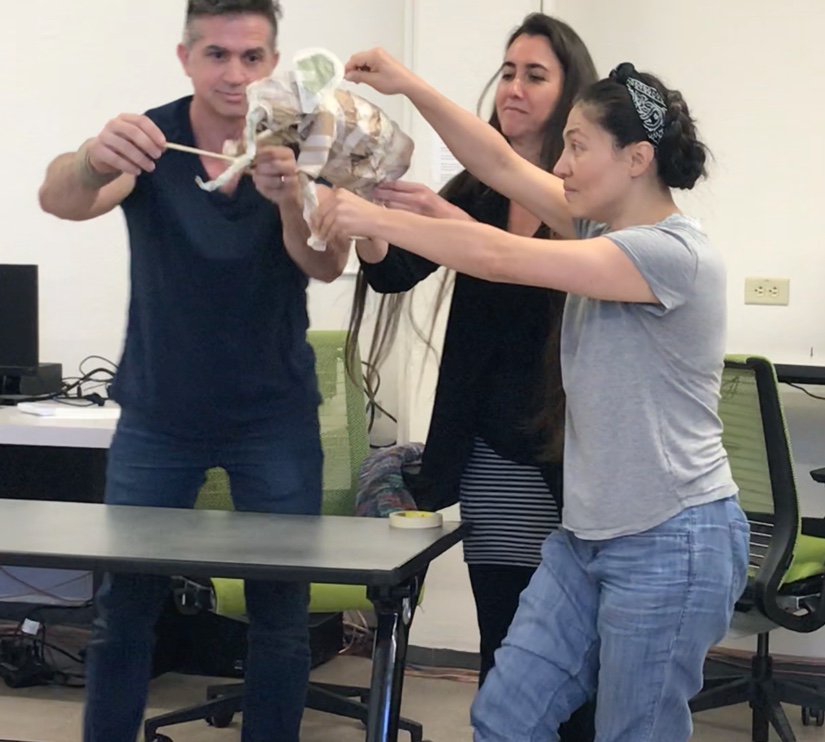 Group improvisations often experience a tangible connection that is more or less strong (more or less “real”, “felt”, like “the third”, “flow”, “togetherness”), and this connection is one of the main objects of our inquiry. If the focal object of improvisation is itself physical (the puppet vs the dance) then we might see the extent to which aspects of the object can be correlated with the experiences of the improvisers and observers. This has the advantage of being potentially much more measurable than humans and if it truly is the point of the improvisation then we might find phenomenology, phase shifts, and measures enrich each other.

Kevin O’Connor suggested this when thinking of the string held between two people alternating between being a kite and being the flyer of the kite. The bean bags in group juggling, the parachute stretched across a group of people, virtual objects shared as a function of interactions might equally have properties to characterize and explore.

Similarly perhaps, we imagine that there might be relational properties of group interactions to explore. In the finger-dance, for instance, where four or more people face each other and extend their index fingers and dance with them together: the overall box of interaction (what area the fingertips stay within) may be something that is explicitly or implicitly experienced as an emergent/shared “rule” that is responded to when someone exceeds it or addresses themselves to a smaller one. This idea relates to the way in which “the magic circle” in theater games, “force field” experiences in dance, and Feldenkrais forms of group instruction work.