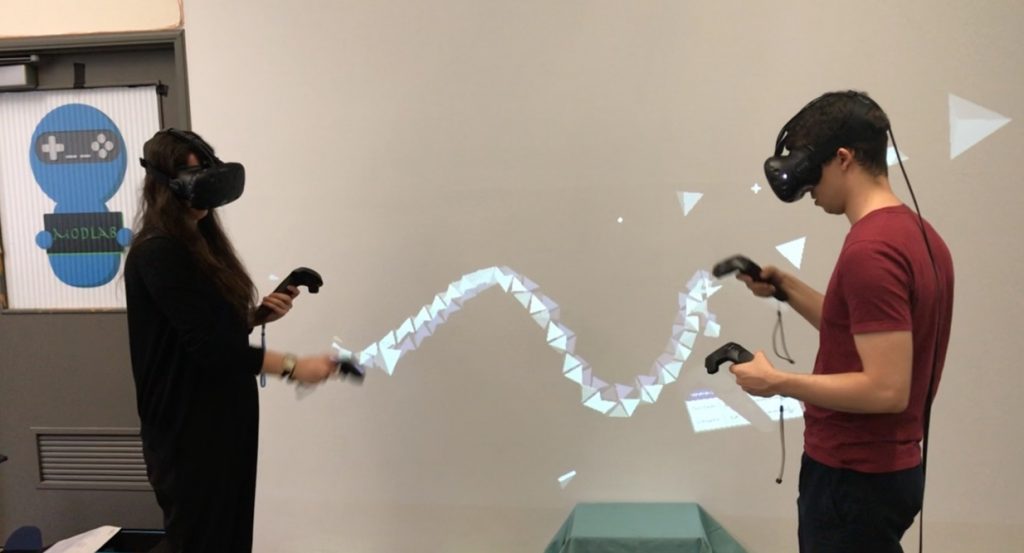 Here’s a tiny hint of the VR: Oliver’s system has a nice trick where you also project the VIVE world onto a screen (or wall) so that from one perspective you see the person in the world (yet in front of the screen). Makes talking about interactions very interesting! Here are a some videos of one person, two persons, particle physics, and basic interaction (badly shot as we were still getting things to work not making a demo). But you can see in the joint one the ability to create, connect, and move objects, including throwing them. Also you can grab the whole space and change its size.

Some questions: one person can lead and the other follow, though it often happens that at a certain point, each thinks the other is leading. What is this neither-leading-nor-following? Can it be induced, and does it look different than active leading and active following? We are exploring timed turn-taking in leading and following, comparing this to studies of musicians.

Testing out the particle engine